A Series of More-Than-Human Encounters

A Series of More-Than-Human Encounters, a collaboration of Crosstalks and Kaaitheater, seeks to situate human to more-than-human relations, and conditions of liberation and co-existence in a world that has been modelled in a context of imperialism, patriarchy and capitalism.

During the first series (November 2020 - March 2021) speakers such as Zakiyyah Iman Jackson and Maneesha Deckha expressed the need for a new definition of being in order to disrupt the human non-human distinctions that orders the Western thought. What legal formats are needed to strengthen the position of non-humans within a human-centered worldview? How to avoid the stigmatization of non-normative bodies and minds? And what about the authority of other elements of nature?
Curated in dialogue with Olave Nduwanje, Mariska Jung, David Weber-Krebs and Geertrui Cazaux.

The second series (October 2021 - January 2022) elaborated further on different ways of being and different ways of being knowledge. What would history look like if seen through the eyes of more-than-human agents? With plants, mountains and the sea as thinking companions, you are invited to not only reconsider the artificial distinction between the human and the non-human, but also the idea of humans as autonomous and self-determined beings.
Curated in dialogue with Gosie Vervloessem, Olave Nduwanje, Mihnea Tanasescu and Marialena Marouda.

After two seasons in Brussels, we continue this rich and long-term series for a third edition (March - June 2023) with partners from both the arts and academia from various European cities. Each evening takes place in one of the venues, and will be livestreamed for anybody who lives further away. For this edition Crosstalks and Kaaitheater collaborate with Artea - Universidad de Castilla-La Mancha and La Casa Encendida (Madrid),  Rosendal Teater and The environmental humanities research group at NTNU (Trondheim), Framer Framed (Amsterdam).

Want to delve into the theme?

Have a look at the lexicon for the series of More-Than-Human Encounters, a list of less evident terminology used in the lectures of the series. 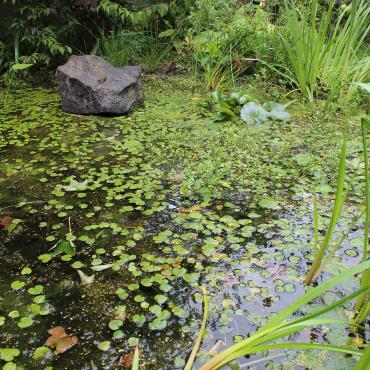 A Series of More-Than-Human Encounters

Online talk and performance with Debra Solomon and Samah Hijawi on (re)developing urban environments for humans and more-than-humans.